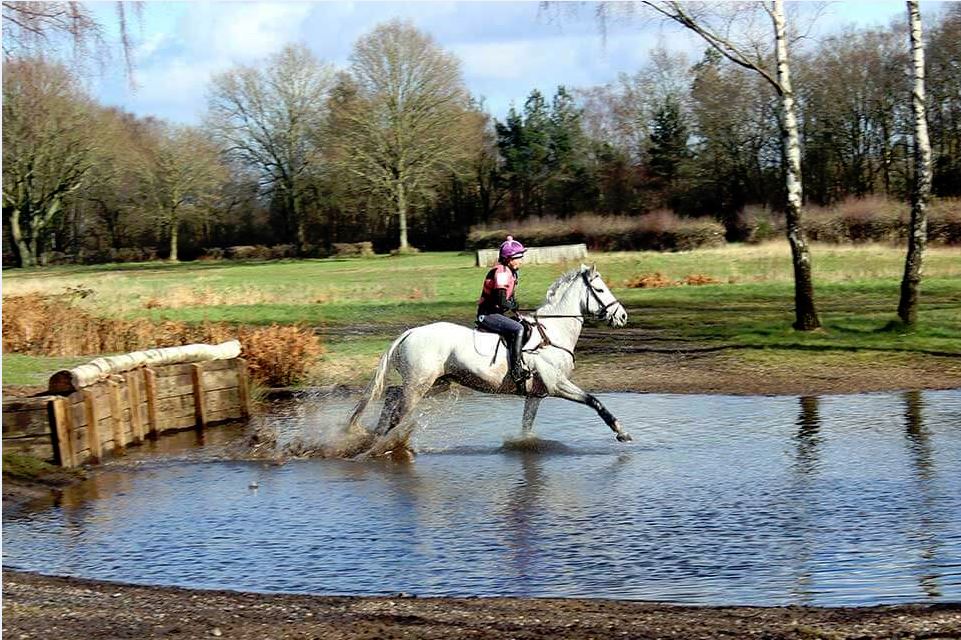 A day with Ginny Howe Eventing: An Equestrian Education.

The Juniper Co. is a proud sponsor of Ginny Howe Eventing and last week, Nicki and I popped by to see Ginny at Tweseldown Racecourse as she schooled four of her horses.


Although originally from the country, I do not have an equestrian background. This became clear at a call of “Look at her boots!” from Ginny emerging from a large pond astride a very muddy Corinthian Clover. Apparently wearing clean boots is not the “done thing” in equestrian circles, and mine, clean bar a little sand from my South Devon roots, provided a great deal of amusement to Ginny. Needless to say, this was rectified by the end of the day.

In addition to Corinthian Clover, Undalgo de Windsor, Foxy Lady V and About Time Too made the trip to Tweseldown to practise their cross country. I managed to capture some great photos and learnt a great deal about Ginny and the set-up at Ginny Howe Eventing. By the end of the day, I was holding horses and helping to put their studs in (sort of) – it was certainly an education.

Now I’m somewhat of an expert, I’ve put together a list of lessons I have learned since meeting Ginny a month ago, to help any other equestrian newbies out there:

Here are a few photos of my day with Ginny – be sure to check out all the latest changes to her website as well: 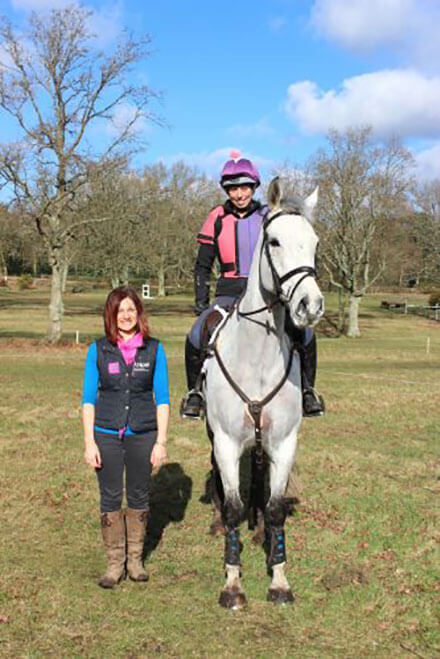 Nicki Kavanagh, MD of The Juniper Co. with Ginny