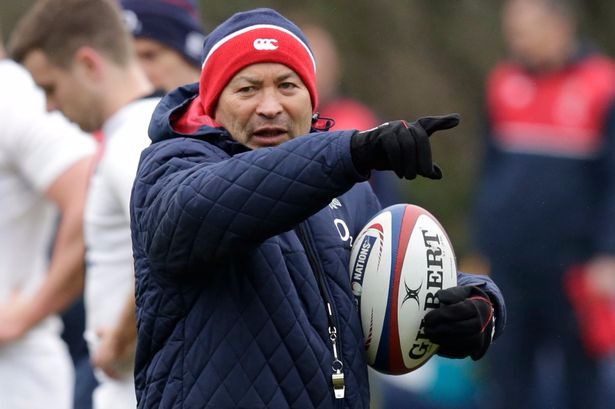 One of the top qualities of a leader is the ability to motivate others to achieve shared goals. In challenging situations, the language we use is even more important to inspire, influence and motivate.

In recent years, one of the greatest examples of this has been found on the sports field:

England’s Eddie Jones has just been named World Rugby’s coach of the year. If you’re a rugby fan, you’ll know this isn’t surprising considering the turn-around in England’s performances over the past couple of years.

Jones was recruited back in 2015 after England’s abysmal World Cup campaign on home soil. Since, the team has won successive Six Nations titles in 2016-2017, held an unbeaten summer tour in Argentina and won three wins of three in this Autumn’s Old Mutual Wealth international fixtures.

When reading more about the man behind the team success, I came across the following quote:

“My vision was that they should be more ‘English’, so I kept repeating the message in different ways.” – Eddie Jones.

It’s not the first time that language has been a key tool in Jones’s leadership kit.

The word “replacements” is not used under Jones’s rule. Rather, players that don’t start matches are called “finishers”:

“We don’t ever see ourselves as ‘the bench’,” revealed Hooker, Jamie George, earlier this year, “Everyone on the bench would love to be starting, but we are all of the mindset that we’ve got to make sure that we have an impact on the game.”

“We are the ones who are fresh,” he said, “we need to lead the team through our voice and actions.”

The finishers play a critical role in the team’s overall result and this one change in terminology inspires each and every one of them.

Because communication comes so naturally to us, we often forget the importance of planning how we are going to get our message across.

Here are our top tips on being more inspiring, influential and motivated in your communication:

1. Begin by considering your audience:

Take responsibility for how your message might be perceived by the intended audience. Consider all the possible information about the person/group that could possibly influence their reception of what you plan to communicate.

2. Take some time to think about objectives:

3. Decide on method, approach and focus:

Perhaps Jones’s first step towards leadership success was the language he used – I’d encourage you to take the time to consider the language you use and how you can ensure it has the intended impact.